A 40-year-old policeman was injured after he was dragged for around 50 meters by a motorcyclist, who tried to evade checking in Mumbai amid lockdown due to the COVID-19 outbreak. The Mumbai policeman finding something suspicious about him, and had tried to stop the biker. A video of the incident also arose online.

The motorcyclist Khajabi Shaikh Naim was arrested under the Indian Penal Code section 353 (assault or criminal force to deter public servant from discharge of his duty).

While several reports of ill-treatment meted out to policemen during the lockdown avid coronavirus outbreak are surfing all over the nation. Recently in a shocking incident held in Mumbai, a biker dragged a policeman who was trying to stop him. 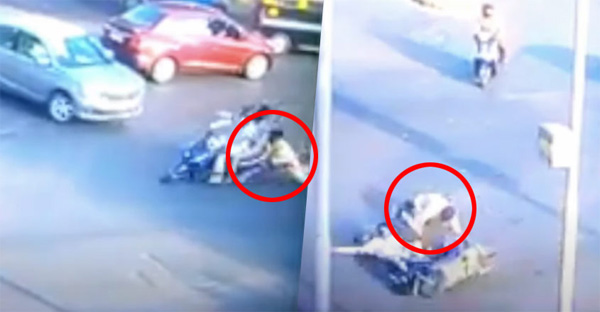 Oxfam Says Coronavirus Could Push Half Billion People Into Poverty

NEET Aspirant Dies By Suicide Due To Apprehensions Over Exam