On Monday Union minister Prakash Javadekar informed media that The Union Cabinet has authorized an ordinance scathing the pension and allowances of members of the Parliament by 30% for a year amid Coronavirus pandemic.

The union Minister Prakash Javadekar said on Monday that Apart from the ordinance on Members of Parliament salary, President Ram Nath Kovind, Vice-President Venkaiah Naidu and many state governors and lieutenant-governors have also willingly determined to take a pay cut as a social obligation. He added the money will go to the Consolidated Fund of India.

The union cabinet has also approved temporary suspension of MPLADs fund scheme during 2020-21 and 2021-22, and the Members of Parliament Local Area Development Scheme funds will be used for managing health services during the pandemic in the country.

PM Modi, all his cabinet ministers, and all MPs will take a 30% salary cut for the next one year, entice a long road to recovery from the bizarre economic blow caused by the corona pandemic across the country. 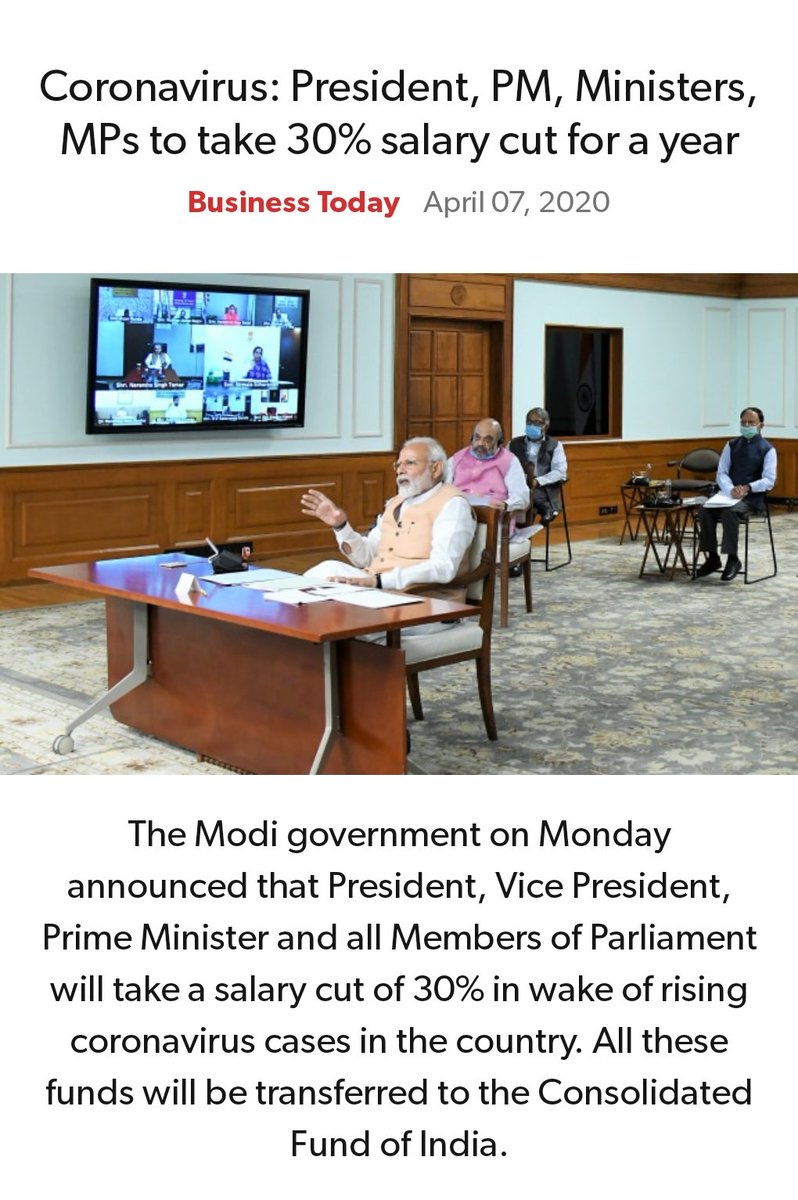 The Prime Minister, Narendra Modi signaled that the country should be ready for a long fight against corona. “It is going to be a long battle, we do not have to tire, we have to emerge victorious in battle against this corona pandemic,” PM Narendra Modi said in a video message on Monday.

The decision to suspend Members of Parliament Local Area Development Scheme funds, which MPs use for development works in their constituencies, has met with some opposition from some Congress MPs. While all the parties including Congress accepted the move to cut salaries by 30% for a year.

Indian Economy- Recession In Third Quarter Of This Fiscal: Report

Pregnant Woman Was Asked To Clean Blood At Hospital, Accused Of...